With U, we are getting to the end of our Cool Runnings ABC. After Z, we will start off on a new series of posts that focus on culture, history, nature and fun facts in Ocho Rios and further afield in the Parish of Saint Ann.

Now, let’s go back to the ABC. Here are a couple of good Jamaican Patois words that begin with U that you can add to your vocabulary.

U in Jamaican Patois

Your ABC compiler’s favorites are ‘unda mannas’, which means you are being disciplined or punished, as in getting grounded. Then there is ‘Unuh’, which means you all, as in “Unuh come for a boat ride with Cool Runnings Catamaran Cruises”. 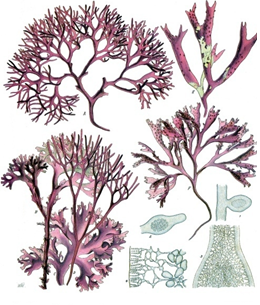 Otherwise known as the Mermaid Fan Plant, or Ruffled fan, is a calcareous algae that grows in the Caribbean. Reading around the Web I see that there are around 69 species of Udotea sp. Some are known to have anti-bacterial and anti-tumor properties (Wild Fact Sheets). Seaweeds are important to many Jamaicans as they are used in traditional or folk medicine. (IPGRI Country Report Jamaica). You may see people selling a drink called Irish Moss, which is popular in Jamaica. This drink is made from red algae (Chrondrus crispus), which is said to reduce cholesterol and treat ulcers. Here is an illustration of Chronrus crispus.

Because of copyright reasons, I have to give you the link to the photos of Udotea sp. So, if you are interested in what this plant looks like, go here http://www.snorkelstj.com/mermaids-fan.html 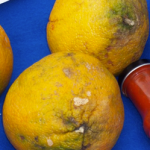 Here is something else that was ‘news’ to me. The Ugli fruit was created right here in Jamaica. It is a mix between a grapefruit, an orange and a tangerine.UGLI, we are reminded, is a registered trademark of Cabel Hall Citrus Limited, under which it markets the fruit. From their website: “[The Ugli fruit] was discovered growing wild in Jamaica over 80 years ago and has been developed by the family of the owners of Trout Hall Ltd. into the commercial variety now in production”.

Here is a photo of the, not very pretty, Ugli fruit | Source image: Photo by Dysmorodrepanis via Wiki Commons

This is the mysterious looking house off to the side of the road as you turn a corner on the way between Montego Bay and Ocho Rios. 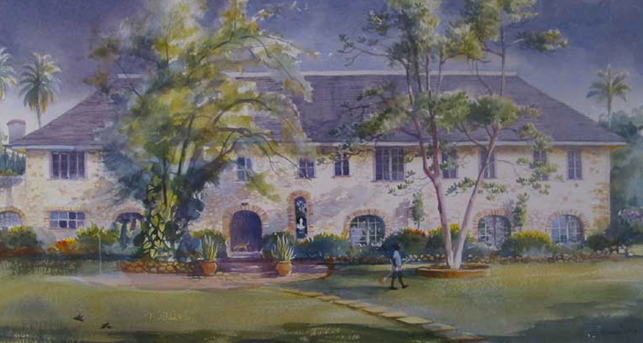 This famous house, right on the sea at Runaway Bay, has its own beach. Built in the eighteenth century, it has all the spacious comfort of the Colonial Georgian era – cool, airy rooms, lovely old Jamaican furniture, old pictures, china, books. The Monty Python crew stayed there in 1982, where it is said they came up with the ideas for the film ‘The Life of Brian’.

University of the West Indies at Mona

The information is adapted from the UWI, Mona website.

Jamaica is very proud of its University at Mona, which is the founding campus of the multi-national University of the West Indies. The first undergraduates in 1948 were 33 medical students from across the Caribbean.

The campus was chosen for the usable accommodation built during the Second World War (1939–1945) for Gibraltar Camp, which took in evacuees from the island of Gibraltar and Jewish refugees from Spain and Portugal.

Today undergraduate, masters and doctoral students from the 18 English-speaking countries and territories in the Caribbean can study the Humanities and Education, Science and Technology, Science and Agriculture, Engineering, Law, Medical Sciences and Social Sciences. 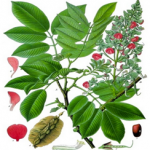 How many of us know of the herbarium at the UWI, Mona? The herbarium was founded in the 1950s by Dr Charles D. Adams, but the collection ranges from the 1800s and houses 35 000 plants. Another herbarium is housed at the Institute of Jamaica and houses 120 000 plant specimens.

The entire collection is to be digitized so that all plant specimens will be available on the Web. 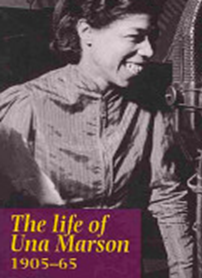 Una Marson (5 May 1905–1965) was born in Santa Cruz, Jamaica, in the parish of Saint Elizabeth. She was a Jamaican feminist, activist and writer, who produced poems, plays and programmes for the BBC, where she also worked during the Second World War. Today she is recognized as the first major woman poet of the Caribbean and as a significant forerunner of contemporary black writers.

It was in 1926 that she was appointed assistant editor of the Jamaican political journal Jamaica Critic, where she learned about journalism and, in 1928, she became Jamaica’s first female editor and publisher of her own magazine, The Cosmopolitan.

Una Marson was known to be involved in many good causes such as the founding of the Kingston Readers and Writers Club, the Kingston Drama Club and the Jamaica Save the Children Fund.

The following quote about her is taken from Lisa Tomlinson’s article on The Feminist Wire, March 2014.

“Una Marson’s work was well ahead of her time and was instructive and trailblazing in the ways we address race politics, Black beauty standards/Black identity, gender, religious discrimination, and class/economic exploitation. Her work was not partial to a singular cause but instead addressed the major forms of intersecting oppressions. Thus, Marson’s life and work reveal her consistent and undying efforts to achieve a voice and selfhood for the oppressed.”

If you go snorkeling with Cool Runnings Catamaran Cruises, you may see this fish swimming around. It is also called Striped Drum or Beach Drum, and is found in shallow sandy areas.

This fish ranges the Western Atlantic: Greater Antilles (Hispaniola), except Cuba, and from Costa Rica to Colombia. The fish is sold fresh or salted or used as bait.

Another similar looking fish to the Striped or Beach Drum is the Sand drum. This fish can grow up to 350 mm (13.78 inches) and is found in the surf zone along sandy beaches, in clear water. It is also found swimming over muddy bottoms in estuaries and near coral reefs.

If they are caught large they will be sold fresh; but smaller ones are used as bait. The fish feeds on small crustaceans that are washed out of the sand by the surf.

Fishbase tells us that you will find these fish swimming throughout the Caribbean, in the Western Atlantic: Bahamas and Virginia and Texas (USA) to Recife, Brazil including the Antilles and northern South America.