Home>Uncategorized>W for Cool Runnings
Previous Next

Winding down towards the end of the Cool Runnings Catamaran Cruises ABC, so here to start are some Jamaican Patois words beginning with W.
One you may have heard a zillion times even if this is your first visit to Jamaica, “Wha ‘appen?” as in what’s happening? Or, “wha gwan? For what is going on.
Your guard at the hotel or elsewhere may be called a Watchie. The word Whites refers to the Jamaican white overproof rum that you may find in some of your fruit cocktails and not the color of the sand. You may also have heard the expression A whole heap, if someone is referring to the price of real estate in Ocho Rios. This, of course, means a lot. 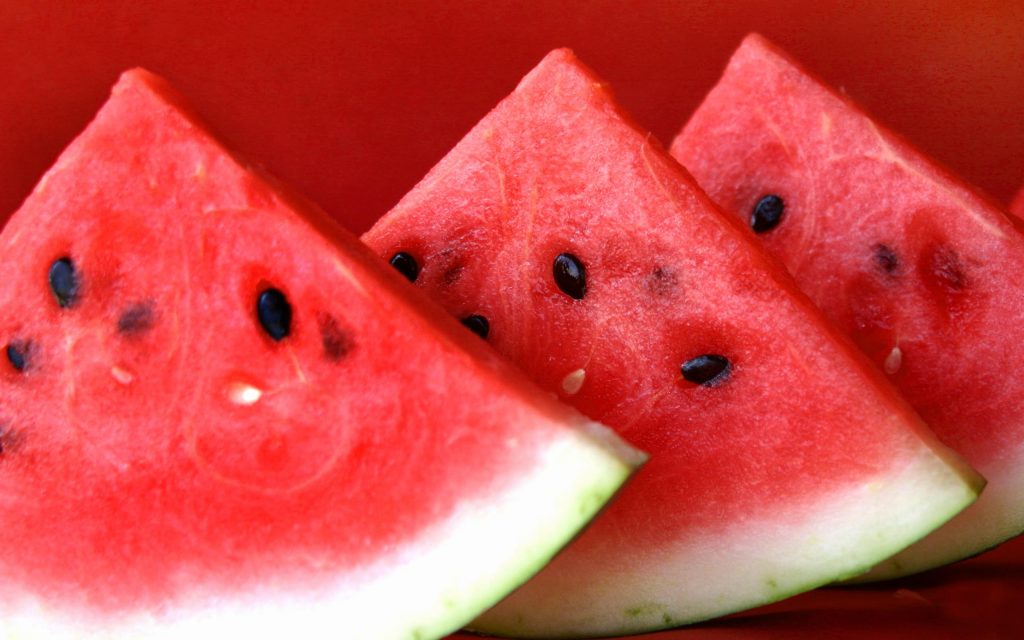 The Latin name for the one found in Jamaica is Citrullus vulgaris. We learn that Citrullus is a small genus of desert vine, of which the watermelon is a known member. We all recognize this sweet, juicy, thirst-quenching fruit, but here it is just to remind you of its glorious color.

Its Latin name is Malpighia punicifolia, but in Jamaica we known it as just plain Cherry.This fruit contains vitamins A, B1, B2, and B3 as well as vitamin C.
It is very different from the cherry with the single stone, because this one contains three triangular seeds and the vitamin C content is up to 65 percent higher than found in oranges.

Arrowhead warbler
The Latin name is Setophaga pharetra, the bird is endemic to Jamaica, where it lives in montane forests and wooded hills. Now, a montane forest means a forest in mountainous regions. If you want to hear this bird calling and see a few photos of the Arrowhead warbler go over to Avibase, here.

Or, in Latin, Turdus jamaicensis. This bird is found in the Cayman Islands and Jamaica and lives in subtropical or tropical, moist lowland or montane forests.

Or the Latin name, Turdus aurantius. This is another bird found in Jamaica. You will find it living in the same kind of habitat as the White-eyed thrush above. 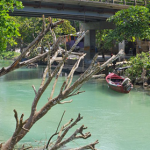 White River is one of the rivers flowing by Ocho Rios, so it would be a dreadful thing to ignore it. This is a photo of the mouth of the river near Ocho Rios. Seeing the boat in the photo reminds me that it is time for me to book another boat trip with the crew at Cool Runnings Catamaran Cruises in Ocho Rios. Source image: Photo by Katinka Zuchowicz Photography on Wiki Commons 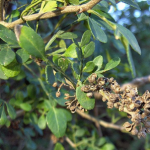 As the name suggests this is a plant of in the citrus family that is found in the United States, throughout the Caribbean and Central America and well down into Paraguay. The plant is a prickly shrub or tree that grows to around 7 meters. The leaves provide food to wildlife and shelter to butterflies, including the Giant swallowtail.

The information following is taken from an article by the Jamaica Gleaner. Cecily Williams was born in Westmoreland, Jamaica, on the 2 of December 1893. She was known for her work, while in Africa, related to the identification of the protein deficiency disease known as kwashiorkor. She also worked in Malaya, was interned by the Japanese during the Second World War, survived dysentery and torture. In 1945 she was rescued by Malayan friends who nursed her back to health. When she returned to Malaya she “became the first woman to be put in charge of all maternity and child welfare services”.

“From 1948 to 1951 she worked as adviser to the World Health Organization (WHO), the first in maternal and child health”.

“In January 1976, Dr Cicely Williams was honored with the Insignia of Order of Merit by the then Governor-General the Rt. Hon. Sir Florizel Glasspole.”

“During her life, as doctor, researcher, lecturer and adviser to the World Health Organization, Dr Williams worked in 58 countries and her methods of maternal and child care were practised uniformly around the world. She is one of many outstanding Jamaicans and one of many outstanding Jamaican women, who deserve recognition for her contributions on the world’s stage. Dr Cicely Williams died in England in 1992 at the age of 98.” To read the full article about this amazing woman go here: http://jamaica-gleaner.com/pages/history/story0037.htm

Winifred beach, in Portland, was willed by a Mr Brown to the poor people of Fairy Hill, which is also known as Winifred Beach. There is a move to keep the beach public, as in free for use by all and to protect it from development by the Jamaica Urban Development Corporation. For the time being, you and your family can still find stalls, donkey rides and plenty of shade beside the murmuring waves on the white sand beach.

The Latin name is Melanerpes radiolatus. It is also known as the Jamaican woodpecker because it is endemic to Jamaica. This colorful bird has a red and white head, green back and yellowish breast. Happily, it is quite a common bird and not at all threatened.