When in Jamaica you must say nice, as indicated above, long and drawn out so that the person receiving the compliment really hears it. You might also say it after a sip of something cool and long slightly flavored with rum with ice tinkling in the glass.

So, here we are with N for the Cool Runnings Catamaran Cruises ABC

Latin name is Manilkara zapota. The tree is native to southern Mexico, Central America and the Caribbean. This round, rough-skinned fruit has a musty, slightly perfumed taste. It has some large, black seeds inside. It has a flavor you love or don’t. People coming from Europe may know a similarly flavored fruit called Nespola.

I add this link here because I think it will interest any who wants to know more about Jamaica. The link takes you to a listing of a wide variety of interesting places in Jamaica, and gives you some of the history http://www.jnht.com/.  These are places to visit before or after you go on your boat cruise in Ocho Rios with Cool Runnings Catamaran Cruises! 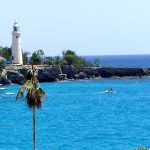 Many have heard of Negril, the seven miles of white sand beach, however I have just read that the beach is actually four miles long. You will find Negril straddled across Hanover and Westmoreland parishes in the west of Jamaica. The name comes from the Spanish who named it Negrillo, meaning little black ones, in 1494. The name may refer to the black cliffs found south of the village of Negril. Here is the picture of the lighthouse that protects sailors and their ships from the treacherous rocks found on parts of the shoreline. Source image

This is a protected area featuring a dry limestone hill forest. It contains rare fauna and flora. You will find Silk Cotton and Red Birch trees, parrots, snakes and ducks. Here you will also find Duck Pond, which was created by the blocking of a sinkhole by debris from a hurricane.

This preservation society was formed in the 1990s to protect the coral reef ecosystem from degradation. In 1998 the Negril Marine Park was officially announced, and it now covers about 160 square km (62 square miles), extending from the Davis Cove River in the Parish of Hanover to St John’s Point in Westmoreland.

This area, which includes the Great Morass, is set aside for the preservation of the island’s tropical environment. The Great Morass is set in the coastal floor plain of the Black River. The site is visited by many endangered and protected birds and you will also find the Royal Palm Reserve, in the protected wetlands and forest. 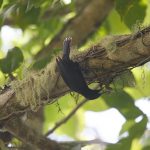 Or the Jamaican Blackbird is not related to any other blackbird or grackle and is endemic to Jamaica. It lives in the cockpit country. Source image: Photo by Dominic Sheroney via Wiki Commons. 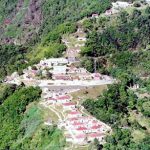 The training depot at Newcastle, in Saint Andrew, near Kingston was founded in 1841 by Major General Sir William Maynard Gomm (later Field Marshall). Gomm, was a veteran of the wars against revolutionary France and lieutenant governor of Jamaica from 1840 to 1841.

The training depot continued to be used by the British Army and then the Jamaica Defense Force. For a lot more information go to the Jamaica National Heritage Trust Site here.

Of course you can go dancing at a disco. Or sit on the beach with your honey, and look up at the stars and listen to the lapping of the waves on the shore and the rustling of the coconut palm leaves in the warm breeze. At least once a week the resorts offer a full floorshow with limbo. You can ask your friendly Cool Runnings Catamaran Cruises crew members for advice on the best places to go. 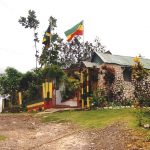 Is the small village in Saint Ann where Bob Marley was born and where he is buried at the Bob Marley Mausoleum. This is the place where Bob Marley’s musical career began. Source image: http://commons.wikimedia.org/wiki/File:Marley_Mausoleum.jpg 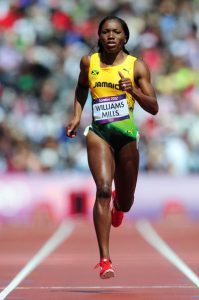 Born on 26 April 1982, in Saint Ann, Jamaica. She is a graduate of Ferncourt High School in Claremont, the Parish of Saint Ann.

Novlene is a track and field athlete who competes internationally for Jamaica. She won the bronze medal in the 400 m at the 2007 World Championships. She is also a three-time Olympic bronze medalist in the 4×400 m relay.

Most recently in Glasgow, Scotland …

Well, we took this from the Jamaica Observer 2 August 2014: “The team of Christine Day, Novlene Williams-Mills, Anastasia LeRoy and Stephenie-Ann McPherson (in running order) won the women’s 4×440 m relay at the twentieth Commonwealth Games in Glasgow, Scotland. The win represented a second gold medal at the Games for McPherson and a second medal for Williams-Mills (silver and gold) and Day (bronze and gold).

This is a patois word meaning to eat, maybe to eat a lot faster than you should and maybe you are making slurping noises to show how much you appreciate the food.

Don’t forget you can nyam some good food with Cool Runnings Catamaran Cruises!