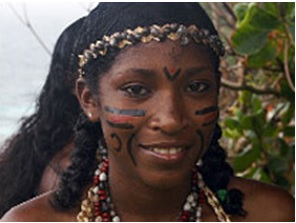 The Carib or Kalinago people were also supposed to have lived in Jamaica,it is from them that we get the name Caribbean.
They are believed to have come from the Orinoco river area in South America and settled in the Caribbean about 1,200 AD. Only 3,000 pure blood Caribpeople are left who live in Dominica.

Cassava was very important to the Arawak, the first inhabitants of Jamaica.
The Latin name is Manihot esculenta and the plant is native to South America.
This tuber must be properly prepared before eating. We make bammie, which is very tasty when eaten with hot pepper shrimp!
Cassava can also be used to make paper and is set to become an ingredient in Red Stripe Beer (R. Browne, The Gleaner 8 January 2014), which you should be able to taste in September of this year. 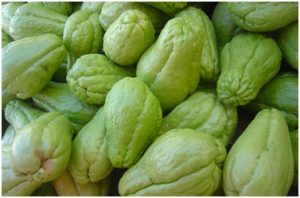 Also called chayote (Sechiumedule), is a firm green vegetable. It originated in Mexico and can be lightly sautéed to keep its crisp flavor. Usually stewed, it becomes fairly mushy. Those who have lived in foreign, and crave apple pie, will cut up chocho flavored with cinnamon to make a chocho based apple pie. I am surprised to read, “The leaves and fruit have diuretic, cardiovascular and anti-inflammatory properties, and a tea made from the leaves has been used in the treatment of arteriosclerosis and hypertension, and to dissolve kidney stones”                                                         Quoted from: Rafael Lira Saade. 1996 p.29 in Wikipedia.

The photo shows cocoa(Theobroma cacao) beans in a cocoa pod. The word is derived from the Mayan word kakaw and the plant may have originated in the foothills of the Andes and the Orinoco basin of South America.

The product chocolate was introduced by the Spanish to the Caribbean and to Europe, where it became a popular drink in the seventeenth century. You need 300 to 600 beans to make 1 kg (2.2 lbs) of chocolate!

Dear friend Wikipedia notes, “Chocolate and cocoa is considered to be a rich source of antioxidants such as procyanidins and flavanoids, which may impart anti aging properties”! The Latin name means ‘food of the gods’.

Coco is a tuber with large spade-shaped leaves. The plant takes about a year to mature. Boiled or baked it is sweet, starchy and creamy in texture. Personally I prefer it to yam, which I find has a bitter after taste.

Does not contain coco the tuber, but coconut milk. I prefer to eat coco bread when I eat hot spicy food because it calms the tongue and saves it from catching fire. Which is why maybe some folks like to eat their patties wrapped in a coco bread. Take a bite of the hot and a bite of the cool. 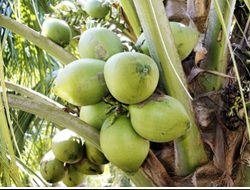 Coconuts
The origin of the coconutpalmis much debated, did it originate in the Americas or in Asia? The debate continues. This is because coconuts can travel 110 days and float 3000 miles( km) and still germinate. In Jamaica you will find coconuts are used for oil, a refreshing drink of coconut water, snacks, roofing material, hats and many other things. 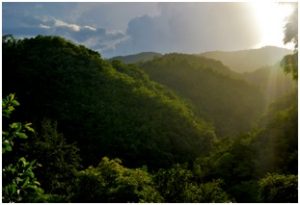 If you were paying attention when reading the B’s, this is where the Jamaica Boa lives.
It is also the home of the Maroons, who were famous for harassing the British colonizers and freeing slaves in their daring raids on plantations. Eventually a treaty was negotiated in 1738, signed by Cudjoe the leader of the Maroons in the Peace Cave with Colonel Guthrie who had been sent by the Governor of Jamaica Sir Edward Trelawney. It is written that Cudjoe day is celebrated in Jamaica on the first Monday in January.
This area is very hilly with karst topography and is a popular destination for hikers and birdwatchers. It is advisable to go in the morning when it is still cool and misty or during the cooler months from December to March. It is advised to hire a guide because all the rounded hills look alike, and we would not want you to miss your Cool Runnings Catamaran Cruise or be frightened by the sudden appearance of the Jamaica boa. 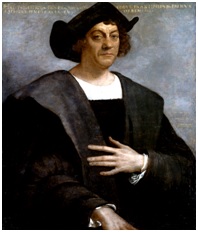 When Columbus found this cove around 1494, on his second voyage to the New World, he named it Horseshoe Bay, which
makes me like the man even more because him did not name the bay after himself. The cove is located on the north coast in the parish of Saint Ann.
I added a picture of the famous man here. Please remember that he was Italian who had to go to Spain to do the fundraising for his expedition in search of a route to India by going west. This is why for a long time the Caribbean was called the West Indies.

C would not be complete without mentioning our beloved Cool Runnings Catamaran Cruises, which I will just remind you, in case you were about to forget, is a multiple award winning tour. So you are in good hands and will have an enjoyable, fun-filled relaxing time, unlike our pal Cristoforo Colombo above.

Here you will find a small museum and botanical garden. So, when you are feeling too burned by the sun, or want to take some respite from the sweet rocking of the catamaran, you can take a stroll in this shady place, where you can take a peek at Mahoe falls and site see Ocho Rios from Ysassis lookout point. In the museum, you will find the history of Jamaica from the Arawak up until the present day.