Home>Blog>X for Cool Runnings
Previous Next

The Jamaican patois dictionary only gave me this for X: x-amount meaning any amount, so, further down you will see that I have added my own interpretation Xtra as in Xtra hot.

We can say also that your Cool Runnings Catamaran Cruise members are all Xtra nice and that you will have an Xtra good time when you go on one of their boat cruises in Ocho Rios, which you can book right here on line. Now for the Cool Runnings ABC. 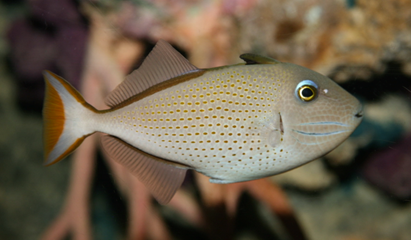 This photo is of a Sargassum triggerfish.

The following is taken directly from Wikipedia: “Like its Indo-Pacific brethren, X. ringens prefers deeper waters near steep drop-offs and is ‘rarely encountered at depths of less than 100 feet’ (Randall, 1968). “At least one submarine observation has noted X. ringens patrolling about 400 feet (around 122 meters) deep off the Jamaican coast.” 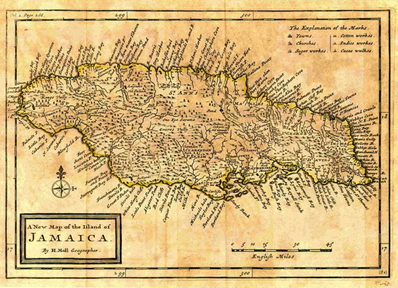 Jamaica was originally called, Xaymaca, which meant “land of wood and water”. This was the name given to the island by the Taino, or as they are also known, the Arawak people who were the first inhabitants. Here is a map of Jamaica by Herman Moll, British cartographer, engraver, which was published, in 1717 in London, England.

When Columbus arrived in 1494, during his second trip, in what is now Saint Ann’s Bay, or as others say Dry Harbour in Discovery Bay, he found the Taino growing cassava, sweet potatoes, maize (corn), fruits, vegetables, cotton and tobacco. At that time there were around 200 villages, which were built all over the island, but mostly along the coast and beside rivers because fish was a large part of the Tainos’ diet. Something your compiler did not know was that the Taino still inhabited Jamaica when the English took control of the island in 1655.

To read more about the history of Jamaica you can go here http://jis.gov.jm/information/jamaican-history/, and you can watch this video on YouTube about the Taino. If you are a slow reader, like me, you will need to stop the video often so you can read the text (http://youtu.be/bOe3G6YF7ro).

This is Swordfish, which you may have met smoked. I am amazed to read that they lose all teeth and scales by the time they reach maturity at 4 or 5 years.

The long sword is used to slash, rather than spear its prey. Swordfish are found near the surface and to a depth of 500 m, and most often can reach a length of 3 m or 9.3 feet. Swordfish, when fished for sport, can be quite dangerous, as they are known to fight hard and their sword has been known to penetrate the planks of a small boat. 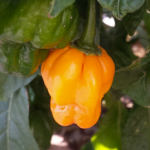 Ok so I admitted that I made this one up, but I wanted to tell you about some Xtra hot food in Jamaica, such as hot pepper and Jerk seasoning. The hot pepper I am thinking about is called Jamaica Scotch Bonnet pepper, and you will find it made into sauce, which you can by in a supermarket or you can buy the pepper in the market. Be very careful because it is Xtra hot.

Here is a link to a Blazing hot sauce recipe http://caribbeanpot.com/blazing-mango-peach-hot-sauce/ and one for Jerk Seasoning using Scotch Bonnet.

Known also as the Pearly razorfish or wrasse this fish is native to the waters surrounding Jamaica. Although not fished commercially, it is sometimes caught for sport and you may even find it in a friend’s aquarium. The Pearly razorfish inhabits the western and eastern subtropical and tropical Atlantic Ocean, and can also be found in the Mediterranean Sea.

You will most likely find it swimming in shallow areas around the coast where there are sandy or muddy bottoms, at depths of 1 to 20 m. This fish can grow to 38 cm (15 inches), it is the one that you just noticed bury itself in the sand because you were about to look at it.