Now we finally have F for the Cool Runnings Cruises Jamaica ABC!

Home>Uncategorized>Now we finally have F for the Cool Runnings Cruises Jamaica ABC!
Previous Next

Now we finally have F for the Cool Runnings Cruises Jamaica ABC!

Falmouth is the capital of the parish of Trelawny and is known as one of the Caribbean’s best-preserved Georgian towns. It was founded by Thomas Reid in 1769. At one time the town was the world’s leading sugar producer. Urban planning from the start resulted in the town having piped water before New York City!

The yellow painted building is the Court House in Falmouth, which is a fine example of Georgian architecture.In 2011 a port was opened for the newest and largest cruise ships.

Falmouth is also the home of Greenwood Great House, which has the largest collection of musical instruments in Jamaica.There is a large craft market, full of colorful souvenirs. 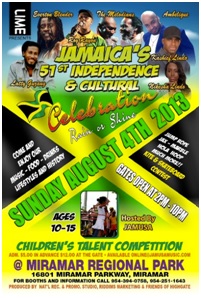 A Festival is held every year in the first week of August to celebrate Emancipation day and the day Jamaica became Independent, on 6 August 1962.

Independence was achieved under the premiership of Alexander Bustamante, who later became Prime Minister.

There is also a sweet fried cornmeal bread that is also called Festival, which you may find served with fried fish. Very good! 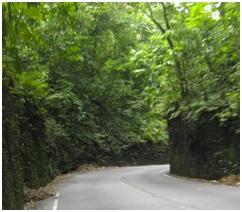 If you get tired of the heat and the soft sand between your toes you might want to take a drive through this deeply green, cool spot. There are more than 300 varieties of fern growing here, some only grow in Jamaica.

Some say the road was built after the 1907 earthquake, which destroyed the river that used to run through the gully. Only three miles long, the gully lies between Ocho Rios and the town of Colgate, so take it slowly to enjoy the tunnel of green.

When I think of fish, I want to go for a lazy snorkel and idly follow them as they dart in and out of the reefs, or across the sandy bottom, gently patterned with a mesh of moving light slanting though the warm ripples on the surface.

On a Cool Runnings Catamaran Cruise, the crew will give you snorkel tips and guide you in a tour of the reef. 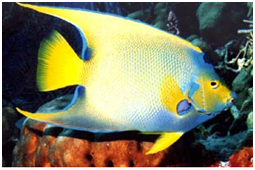 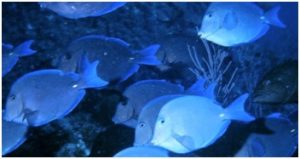 If you prefer not to get wet, you can order your fish on a plate! Fried and    crispy, stewed in a brown sauce, or in a fish tea, which is really a spicy soup.

Then there is something called Run Down, which is my favorite, made with an  oily fish like mackerel, tomatoes, onion, coconut milk and served up with green   bananas and flour dumplings.[separator top=”20″]

A cool educational game, where you get to identify the first 100 fish you see in the waters of Saint Anne’s Bay here .

Poinciana, that large …yes the tree with the outrageously colored blooms and
the long pea pods, the Latin name is: Delonix regia and it is a part of the family Fabaceae.
We used to call it the Flame Tree because of its bright orange red blossoms that looked like flames covering the top of its umbrella shaped crown.

Flame of the Forest

Apart from the Poinciana, a few trees in Jamaica have been given this name, such as the African Tulip Tree or Spathodea campanulata.

Frangipani also blooms on the trees in Jamaica. Here is a fine painting by Jamaican artist Graham Davis. There are eight species of flowering shrubs and trees that are native to the Caribbean, Central and South America and Mexico. The flowers are most fragrant at night. The name of the plant is Plumeria, but was called Frangipani after the perfume created by a sixteenth century marquess in Italy, from the Frangipane family.(Wikipedia) 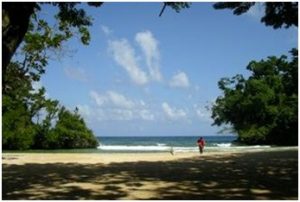 This property is on the north coast and is located on 42 acres near Port Antonio it was built by Garfield Weston, who once owned Fortnum and Mason in the United Kingdom. It is said to have been the world’s first all-inclusive hotel. Queen Elizabeth II stayed there in the 1960s. There is also the beach, Frenchman’s Cove Beach, small, secluded, and sheltered on both sides, a river flows into the bay. Non-guests are permitted to use the beach on payment of an entrance fee.

What goes into those divine tasting pastel colored drinks? The recipe may change but there may be blended banana, papaya, mango, orange juice and pineapple juice.

My mother always told me that a fruit salad should have no less than seven different fruits in it. This I found to be easy enough when in Jamaica, but when I made a trip abroad I found this task was slightly more difficult.

In Jamaica we also call fruit salad Matrimony. I suggest cutting up fine, fine in tiny pieces mango, banana, grated coconut, naseberry, papaya, pineapple, Otaheite apple and ortanique, with a sprinkling of nutmeg. Some would add condensed milk and mix it in, but I prefer my fruit just as nature created.