And EEEE we go for the Cool Runnings ABC!

Home>Blog>And EEEE we go for the Cool Runnings ABC!
Previous Next

And EEEE we go for the Cool Runnings ABC! 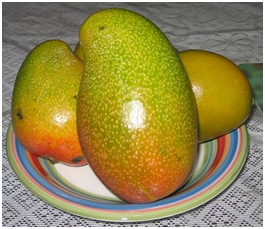 This is just one of the many species growing in Jamaica, it is large and oval shaped with a light green and sometimes blotchy skin. The flesh has a wonderful orange yellow color. It is one of the three favorite mangoes eaten in Jamaica along with the Bombay and the Julie.

Edna Manley College of the Visual and Performing Arts

Source
Formerly the Jamaican School of Art, the College was named after Edna Manley, an English born Jamaican artist. Edna Manley’s sculptures can be found in the permanent collection of the National Gallery of Jamaica in the Edna Manley Galleries, which feature her work from 1910 until her death in 1989. The college is the first institution of its kind in the English speaking Caribbean. The College operates from one campus that hosts the School of Visual Arts, Drama, Dance, Music and Arts Management and Humanities. Edna Manley was married to Norman Manley, who was the founder of the People’s National Party of Jamaica. Michael and Douglas were her two sons, Michael was prime minister of Jamaica from 1972 to 1980 and from 1989 to 1992, and his brother Douglas was a sociologist and a government minister. 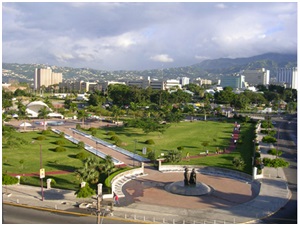 Emancipation Park
This park is in Kingston and is rated as being beautifully landscaped, a good place to jog and to take lots of pictures. Founded in 2002 the park is regarded as a symbol of the strength and endurance of the Jamaican people. You will find Blue Mahoe, the national tree of Jamaica and Lignum Vitae, the national flower of Jamaica planted there. The park celebrates the passing of the Emancipation Act, which freed slaves in 1838. August 1 is celebrated as a national public holiday, Emancipation Day. [separator top=”160″]

The word Escoveith is the Caribbean version of escabeche, which is a dish of fried fish that is then marinated in vinegar and spices. The word and the recipe are probably of Spanish origin. I usually poach the fish, if you want crunchy fish fins then fry the fish first. I suggest serving this with boiled green banana or breadfruit so as to tame the flames on the tongue brought about by the over-exuberant addition of hot pepper.
[separator top=”60″] 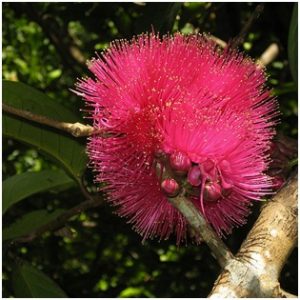 This red skinned fruit is also known as the Otaheiti or Malay Apple, but I can tell you for true that I always knew it and ate it and bought it as an Etioti Apple or Hetihotihapple. The Latin name is Syzygiummalaccense. The flesh has a distinctly (to me) perfumed flavor. The fruit is said to have come from the Pacific Islands where, I am told, it was first found on the island of Tahiti from where it got its name.
More pleasing to me is its red blossom shown here: 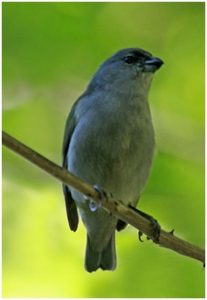 Euphonia Jamaica
This is the Latin name for the Jamaica Euphonia! The species is part of the Fringillidae family, as in finch, this bird can be found on Cayman and in Jamaica. [separator top=”270″] 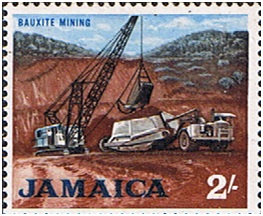 You will have seen the red-orange earth around Jamaica.
It is this that contains the bauxite, which is aluminium ore.
Ewarton is a town in the parish of Saint Catherine. It was here in 1957 that ALCAN, an American company, established a bauxite processing plant, which changed hands and was first moved and then closed in 2009 because of the global recession.
Windalco (West Indies Alumina Company) the current operators, reopened the Ewarton Works plant in 2010.