Seems that most things named with a K in Jamaica have the ending ing, meaning of course King. So we find King Bird, King Fish King’s Town (Kingston) and so on.  So, whether you are planning a boat cruise or a catamaran cruise in Ocho Rios, Jamaica, or have just been on one, here is a little light reading. K for the Cool Runnings Catamaran Cruises ABC. 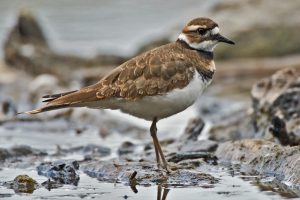 You will find these birds along the shore, although they live far from the coastline in meadows and pastureland. In summer they can be found as far north as Canada and winters throughout South America. They mainly eat insects. The Killdeer (Charadrius vociferus) is known for its ‘broken wing act’to distract predators from its nest. 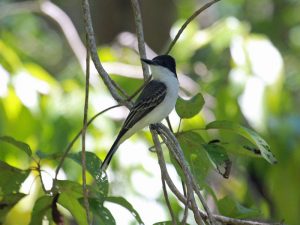 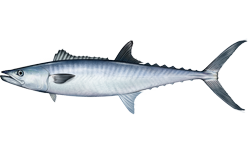 This fish is also known as King Mackerel. All these years I thought a Kingfish was a more elegant variety of large fish. But here they tell me it is a lowly mackerel. I just read that they have been seen growing up to 90 pounds (around 40 kg), which would indeed make a kingly catch. This fish is native to the Gulf of Mexico and the western Atlantic Ocean and the more normal sizes can weigh from 5 to 30 pounds (from around 2 to 14 kg). In Jamaica we make a good dish from mackerel called Run Down. Here is the recipe with a video! Source image: NOAA Fish Watch via Wiki Commons

Also known as Government House, is the official residence of the Governor-General of Jamaica who represents Queen Elizabeth II, who is the head of state. Jamaica as you know is part of the Commonwealth.

The site was the traditional home of the Anglican Lord Bishop of the Diocese of Jamaica. The building was destroyed in the earthquake of 1907, Sir Charles Nicholson, an architect from London, oversaw restoration of the building.

Kingston is the capital of Jamaica. It was founded in 1692 as a place for the survivors of the earthquake that destroyed Port Royal in the same year. By 1716 it had become the largest centre of trade in Jamaica. In 1872 the government transferred government offices from Spanish Town to Kingston. The 1907 earthquake destroyed all historical buildings resulting in a regulation to limit the height of buildings to 60 feet (18 m) in the central business district. In 1966 Kingston was the host city of the Commonwealth Games. Source image: Photo by Antwain via Wiki Commons

This is something I definitely did not know: Kingston Harbour is the seventh largest natural harbour in the world. There is a spit known as the Palisadoes where the Norman Manley International Airport is located. The harbour is also home to the Kingston Container Terminal, Jamaica Flour Mills and the Caribbean Cement Company at Rockfort. None of these places would I recommend for a visit!

However, there is a fishing village at Rockfort, and fishing docks at Harbour View and at Port Royal, where many who know where to go say they find the best fried fish to eat.

Here is an old photo of Kingston Harbour. Showing boats that may remind you of boat cruises in Jamaica, or more specifically of Cool Runnings Catamaran Cruises, Ocho Rios, Jamaica. 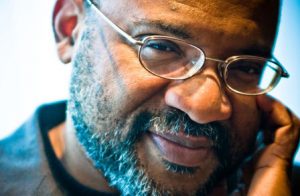 as born in Ghana and grew up in Jamaica where he attended Jamaica College and the University of the West Indies at Mona. He is a writer, who co-founded the Calabash International Literary Festival and his book Bob Marley: Lyrical Genius (2007) remains the most authoritative study of the lyrics of Bob Marley.

His awards include an Emmy and Webby for LiveHopeLove, an interactive website based on the Kwame Dawes Pulitzer Prize Center project HOPE: Living and Loving with AIDS in Jamaica. Here is a link to one of his poems Tornado Child:  … (Brilliant, powerful!)

On the Calabash site we find : “The Calabash International Literary Festival was founded in 2001 by novelist Colin Channer with the support of two friends, the poet Kwame Dawes and the producer Justine Henzell. Their aim was simple—to create a world-class literary festival with roots in Jamaica and branches reaching out into the wider world”.