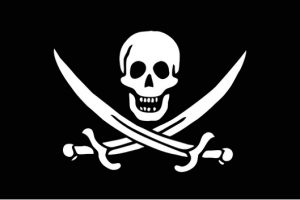 If you have young ones, they may have asked you if there are any pirates in Jamaica.You can tell them that there are none today.

Here Cool Runnings boat cruises’ lives of the pirates tells you a little about the real life pirates that cruised the calm and rolling seas of the Caribbean, way back.The first thing you can tell your young folks is that yes, there really was a Jolly Roger flag, the one with the skull and cross bones.

The Jolly Roger flag was designed by Calico Jack Rackham, a pirate or a buccaneer who mostly sailed the seas of the Bahamas and Cuba in the early eighteenth century.

So were they pirates, privateers or buccaneers? 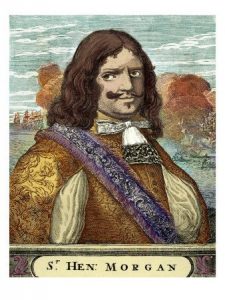 The pirates of Jamaica were actually known as privateers, because they were paid by the British Government to harass the Spanish and French ships plying their trade in the waters of the blue Caribbean. This was in the time of the Protectorate, when a man named Oliver Cromwell was at the helm in England.

For example one of the most famous pirates of Jamaica was Henry Morgan who came to Jamaica at an early age.

Later in life he became a privateer and was known to have attacked Panama, Portobello and Maracaibo.

Henry Morgan became an admiral. Then in 1674, he became Governor of Jamaica, the year he was knighted by King Charles II of England, a post he held until 1681.

We learned that the word buccaneer was from an Arawak word buccan meaning a wooden frame for smoking meat, then to the French word for hunter boucanier, which brings us to another famous Jamaican dish … jerked chicken or pork, which we will explain in the next post. 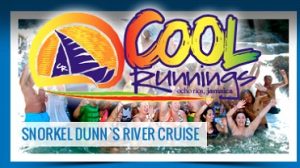 We at Cool Runnings boat cruises can tell you that Port Royal on the Palisades near Kingston, our capital city, was once home to privateers, buccaneers and pirates, who came from all over the world, some from as far away as the island of Madagascar, off the coast of Africa. The town was featured in the Disney film Pirates of the Caribbean, although most of the filming took place not in Jamaica but in Saint Vincent.

For those who are interested, the ships of those days probably sailed at a top speed of 8 knots. Calculating at 10 knots will give you the distance of 8 441 nautical miles going around the Cape of Good Hope for a total of around 35 days.