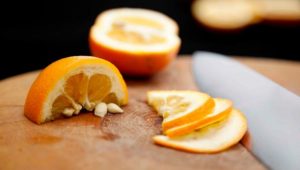 Well, we live in a world where, depending on where you are living on the planet, fruits and vegetables may always be in season.

Did you know that oranges need a little cold to turn orange?

You will find oranges and other citrus are more greenish in color in Jamaica, but that has nothing to do with their sweet flavor, even grapefruits in Jamaica are sweet. Harvesting on our island takes place from November until April.

So, your blogger turned to thinking about making marmalade, notwithstanding the possibility of going to the grocery store to buy Seville orange marmalade already made and prettily packaged.

Must say that it turned out very well, but will now tell you how it was made and give a few tips, such as make sure you read every line of the recipe before embarking on the marmalade-making project.

Some would say it is best to make a big batch because some length of time is involved, others might say make small batches because if you don’t have a food processor you will be cutting and preparing for a long time. 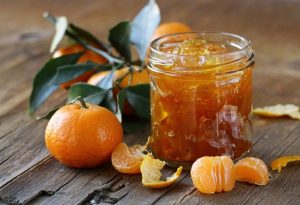 You can mix your oranges, grapefruits and add a lemon for extra tartness if you don’t happen to have your very own Seville orange tree parked outside in your yard.

Cool Runnings boat cruises recommends that you wash your fruit, or leave the whole fruit to soak in a container of water with bicarbonate of soda, which we are told will remove pesticide residue. Or search for untreated fruit, which we suggest washing just the same. Throw this water away.

The recipe used was from an ancient Joy of Cooking book (now into its 75th anniversary edition), recommends cutting the selected fruit into quarters, removing the seeds and soaking the fruit for 24 hours. Soaking the fruit will soften the peel, making for easy chewing marmalade.

The proportions given are: 2 large oranges, 2 large or small lemons, we used a grapefruit instead of the lemons. The fruit, cut in quarters with seeds removed, was soaked for 24 hours in 11 cups of water. This is where you need a measuring jug with the cups marked on the side. Or, a cup is around 150 grams of liquid.

After 24 hours, take out the fruit and set the water aside for later. Slice your fruit, we like chunky marmalade but slice as thin as you can. Return the fruit to the water and you will boil this mix for an hour. Now you add the 5 cups of sugar.

Now that you have your almost jelled marmalade put it into pre-sterilized jars, the kind you can hermetically seal. 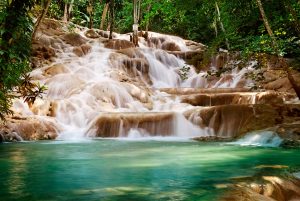 There are a couple of ways you can sterilize your jars, one is to boil them and the lids in water before filling, the other is to fill the jars and then place them in a container of water – some say up side down – and boil for ten minutes.

Then you leave the jars in the water to cool.

Here we give you an alternative method of sterilizing jars by Jamie Oliver at http://www.jamieoliver.com/videos/how-to-sterilise-jars.

It is difficult to fail at making marmalade, because if it doesn’t set you can call it by another name such as Cool Runnings Orange Salsa and use it as a topping on cakes! Or make baked chicken and coat it with tart orange marmalade!

Well, now we are off to Dunn’s River Falls with Cool Runnings Catamaran Cruises, want to join us?