The Cool Runnings Boat Cruises writer found a photo of a Barn Owl or Patoo as it is known in Jamaica, on a Jamaica related Facebook page, and people were asking what it was. 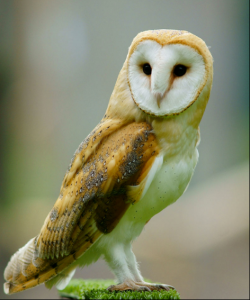 Yes, that one was photographed in Jamaica, but we chose to use the WikiMedia photo, because it was clearer photo, and yes we have seen Barn Owls in Jamaica.
We don’t know if any will be found at your hotel near the beach, but we do know they can be found across Jamaica.
There is some superstition surrounding owls, and often if one is sighted you will here some dark muttering being said as the poor bird is cursed.
For years owls were considered a symbol of death and, apart from cursing, suffered stones being thrown at it, but we now know that an owl is just a night flying bird, going about the business of looking for a meal for itself or its little ones.
Barn Owls (Tyto alba) we have learned, are one of the most widely distributed birds in the world.
Image by Peter Trimming via WikiMedia https://commons.wikimedia.org/wiki/File:Tyto_alba_-British_Wildlife_Centre,_Surrey,_England-8a_(1).jpg
Cool Runnings Catamarans on Jamaican Owls
A friend of Cool Runnings Boat Cruises reminds us of a something that happened some years back as she was walking with a friend down a lane. There in a pond covered with green algae was a huge white bird with its wings outstretched.
The two friends walked down to the pond and found that the bird was still alive. So they found a bamboo pole that was long enough to reach into the center of the pond and the bird, wise as only an owl might be, calmly grabbed hold of the pole with its claws and slowly walked up the pole until it reached solid ground.
The two friends backed off so as not to frighten the creature and watched as the Barn Owl first shook itself out and then flew a very short distance to a fence post where it perched, its wings 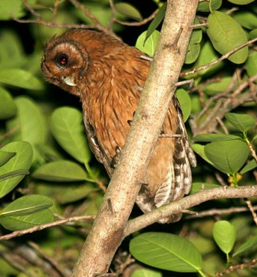 stretched out in the sun to dry. Then the owl flew away on its silent wings.
What does this tell us about life? Nothing perhaps or that sometimes we might receive help from unexpected places, or perhaps that we should just settle back and enjoy the quiet or noisy beauty of life that swirls around us.
Cool Runnings Boat Cruses can tell you that there is also the Jamaican Owl (Pseudoscops grimaces), shown here.
Although Cool Runnings Catamaran Cruises cannot guarantee that you will see an owl in Jamaica, we can suggest you take our Sunset Cruise to admire something else that Jamaica is famous for, its sunsets.
So, we look forward to greeting you on board, until then, take care.
Image: Dominic Sherony via WikiMedia https://commons.wikimedia.org/wiki/File:Jamaican_Owl_2506951138.jpg.